26 Apr Looking for Men’s Kimono? Come to see what options you have!

Posted at 17:58h in Shooting Ideas by Yixuan
Share

Having trouble with selecting Kimono?
Not sure about what type of Kimono to wear for vacation or pre-wedding shoot?
Find out your answer from this blog!

Unlike the ladies, men do not have many choices for their Kimono:(
But don’t be sad!!

There are still a few kinds of Kimono for men.
Usually, for rental, we mainly recommend 3 types of kimono.

Here are different types of Kimono, they are ranked in the increase politeness level:

Just to give you a better understanding regards different types of Kimono, I will be introducing each one of them and compare the Kimono style with western outfits:)

The very informal type is called Yukata, it is like the T-shirt & Jeans in western culture.
Yukata is made of cotton and worn mainly to Festivals, or relaxing in Traditional Inns in the summer.
You’re most likely to see Japanese men wearing these. 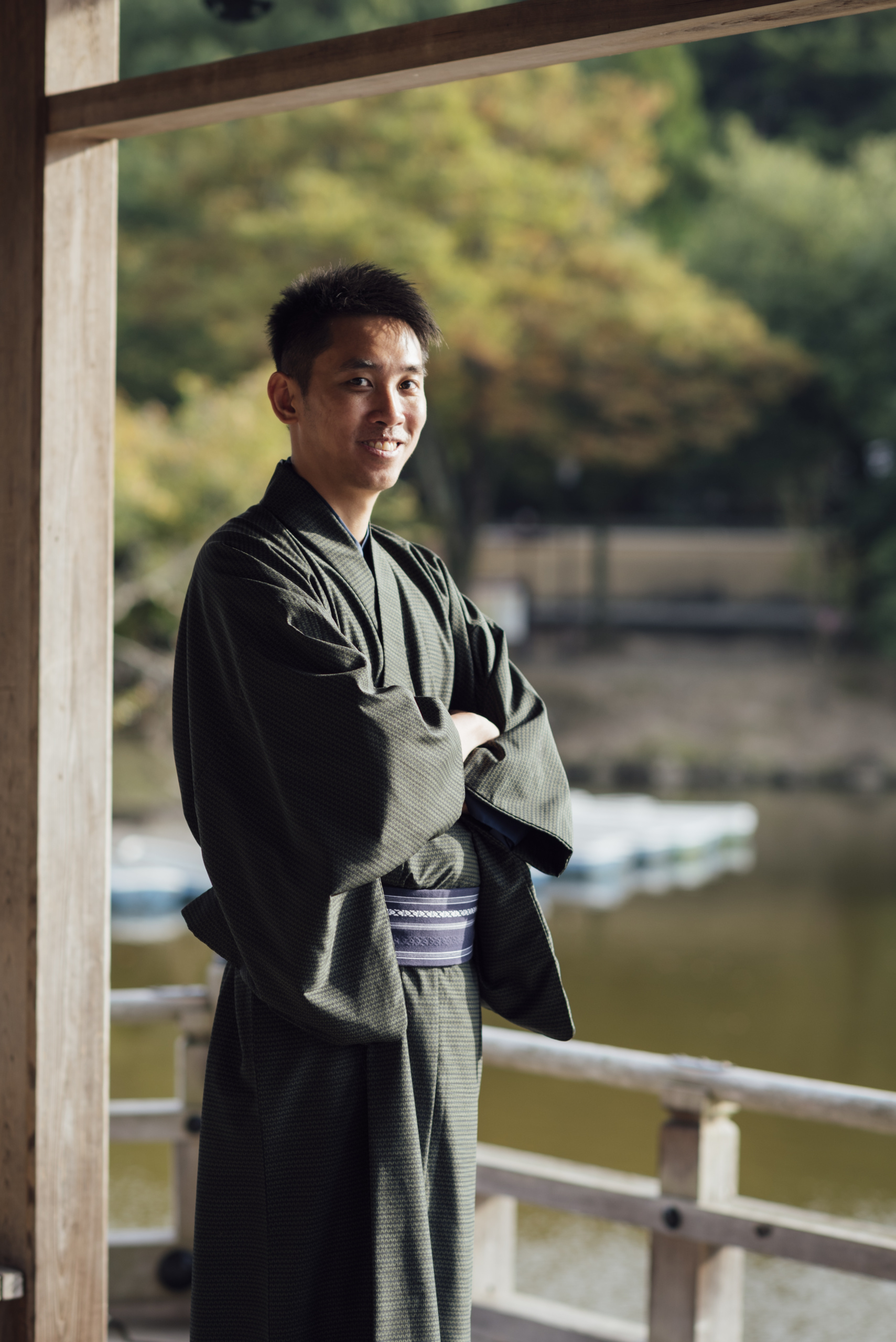 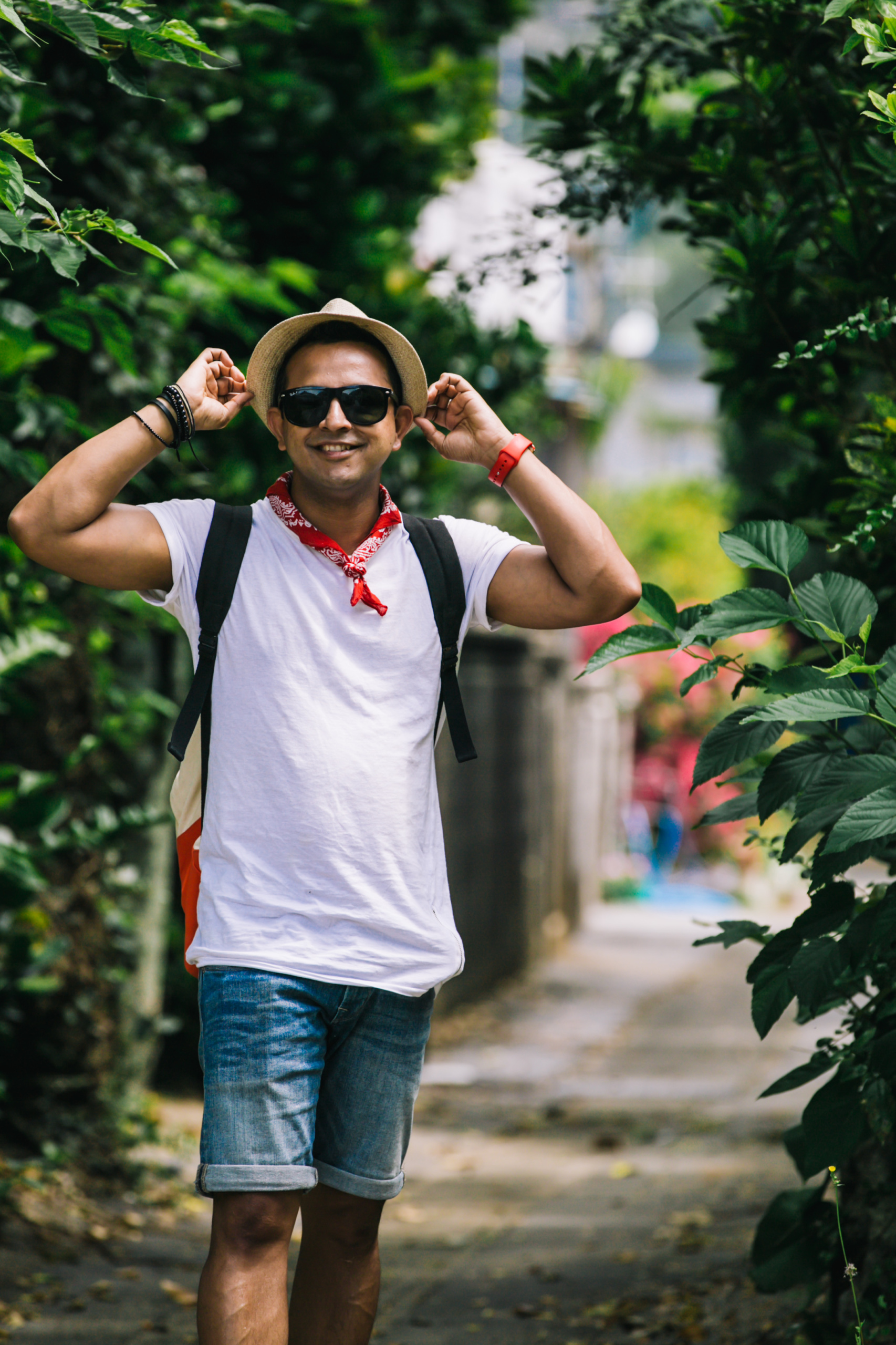 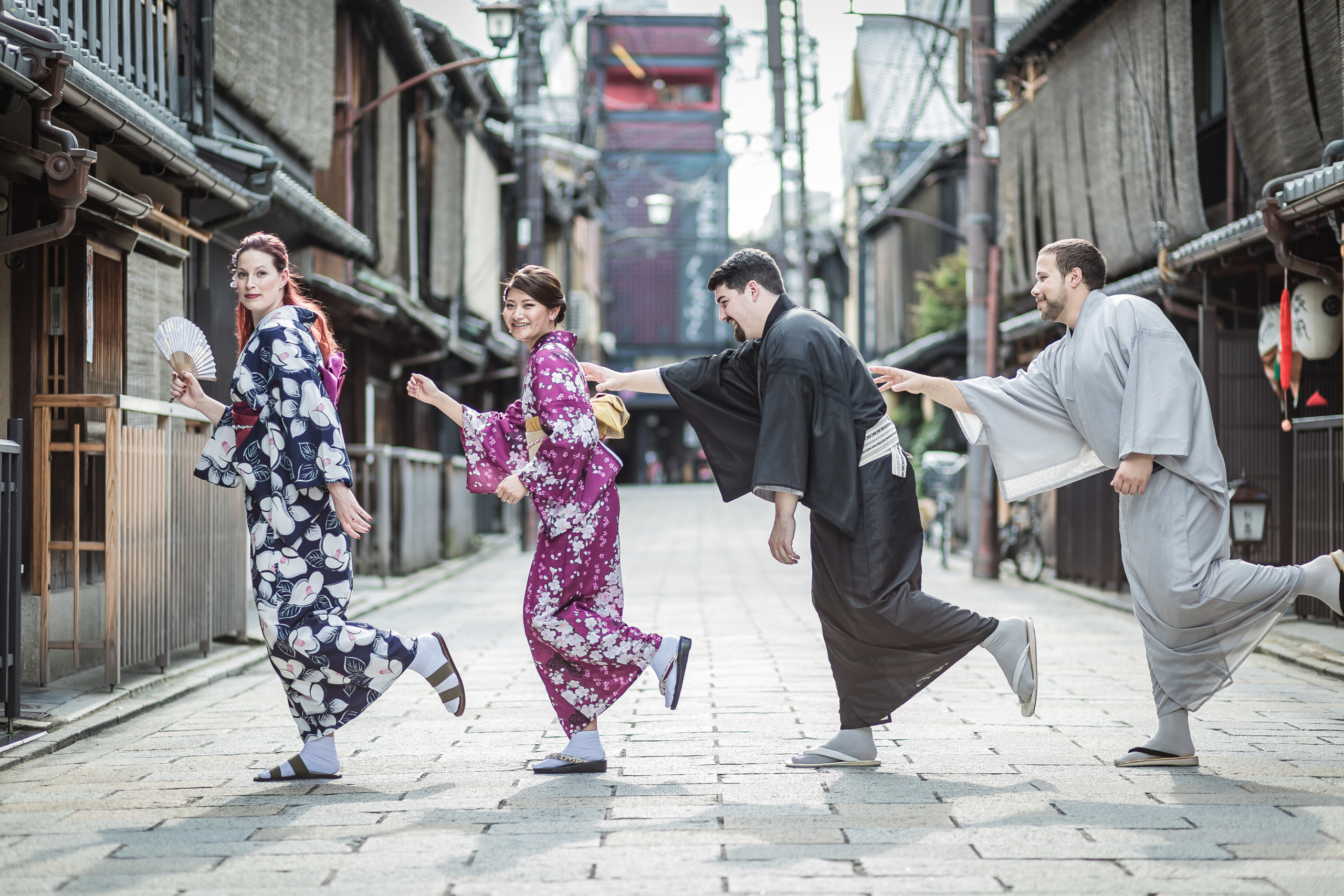 Photo taken by Kenji in Kyoto

Nagagi is considered as the casual suit or sports jacket in western culture.

The difference with Yukata is that the colour is quiet and it has no colourful pattern.
Most of them are dark colours such as navy, black or brown, 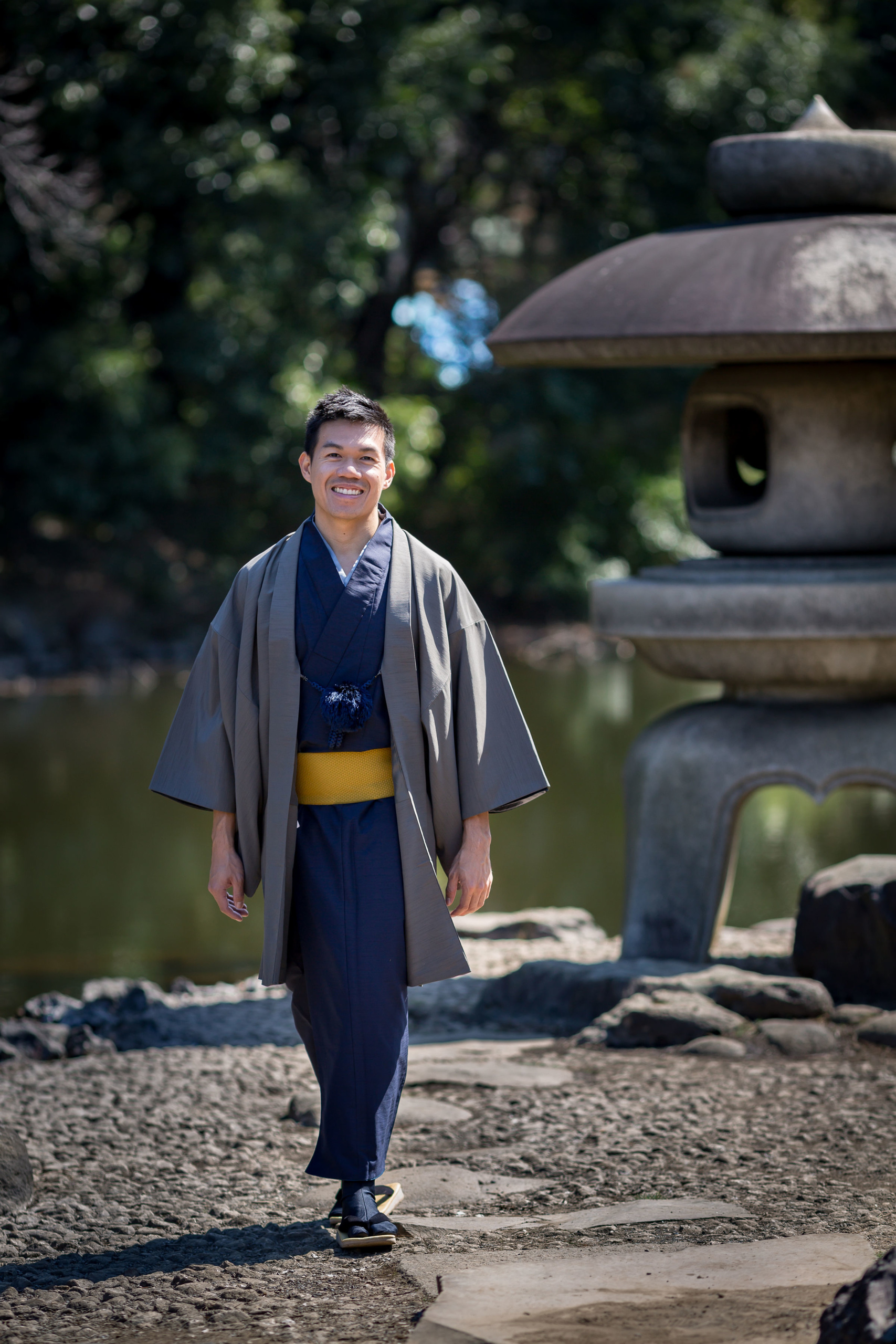 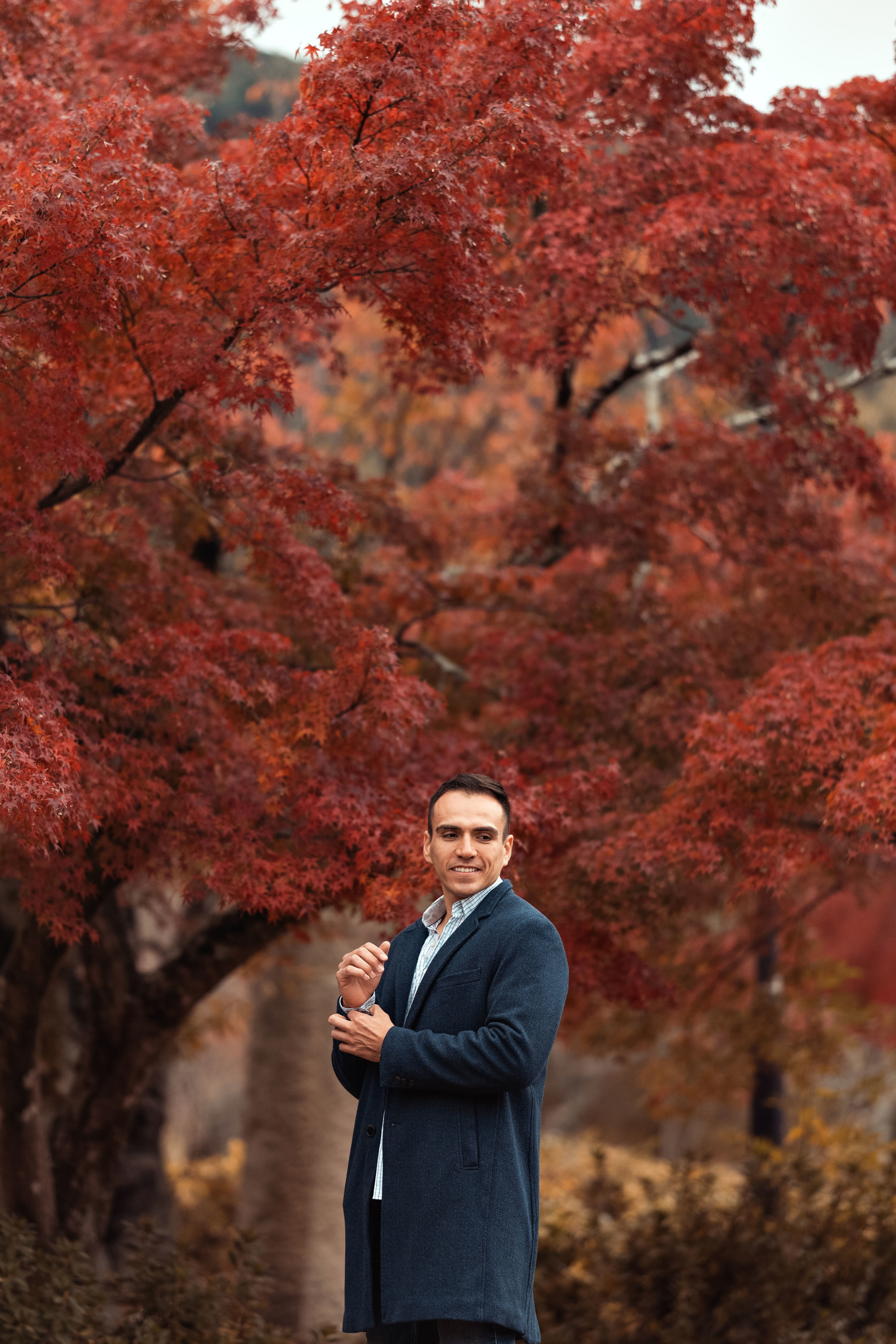 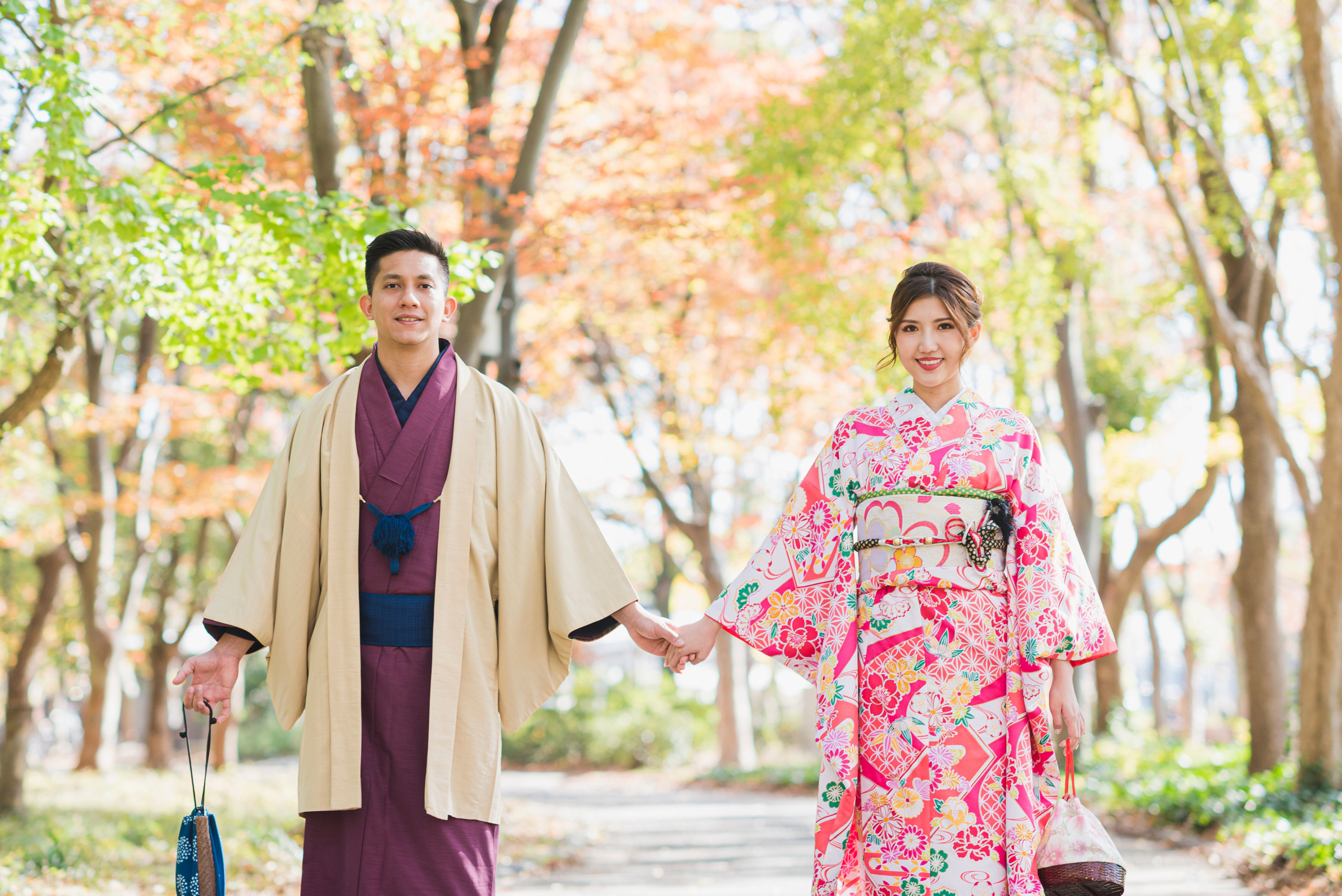 Photo taken by Yuki in Osaka

For very formal occasions like weddings, they may rent an outfit of Kuromontsuki (like Western Tuxes).
A fully formal outfit would include an under-kimono, kimono, belt, skirt-like pant, and jacket all made of silk.
There is also some ties, underthings and other accessories such as a folding fan.
A full men kimono outfit can cost a couple to several thousand dollars!
A lot of Japanese people rent formal clothing because of the cost involved with purchasing them, but even renting them is expensive. 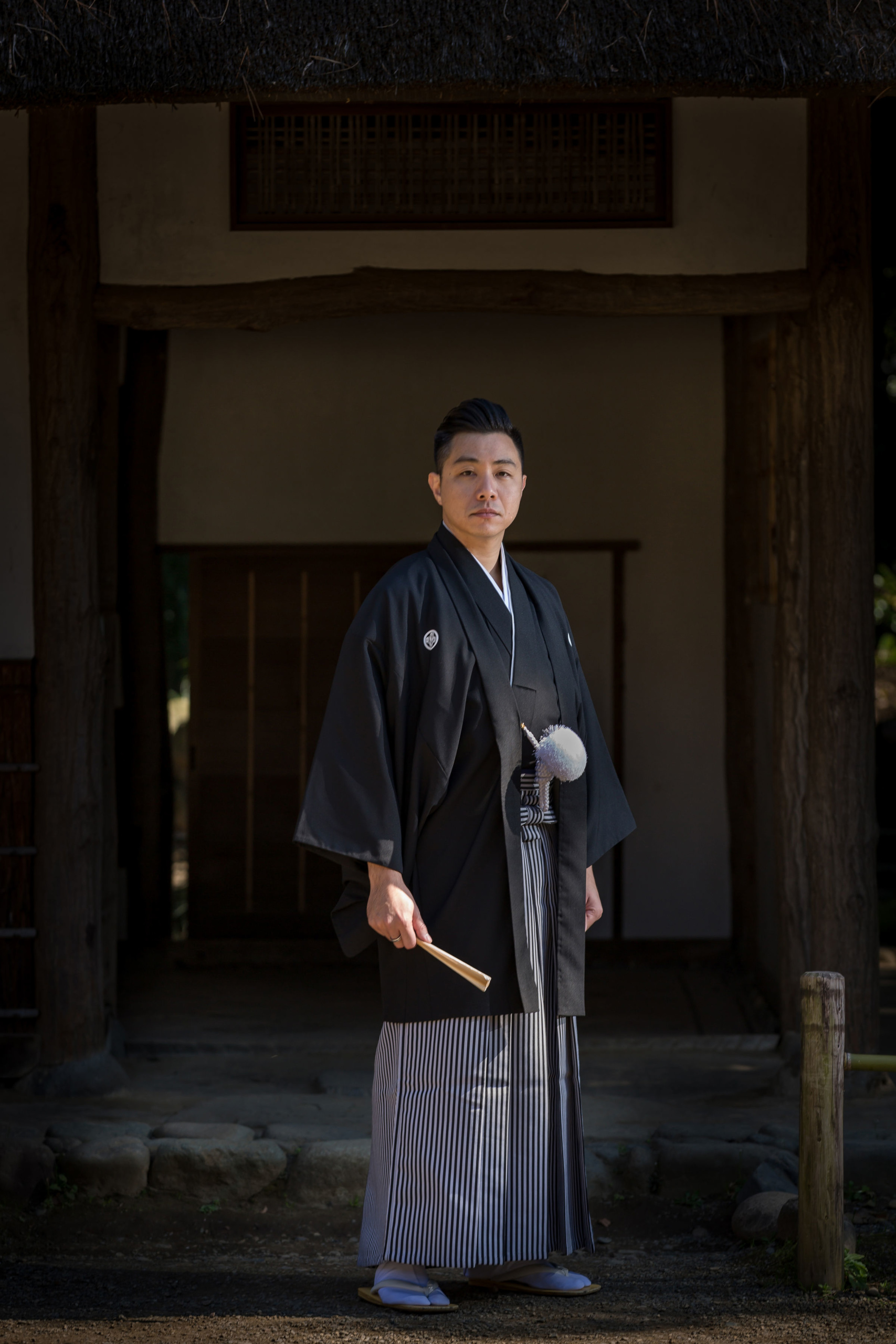 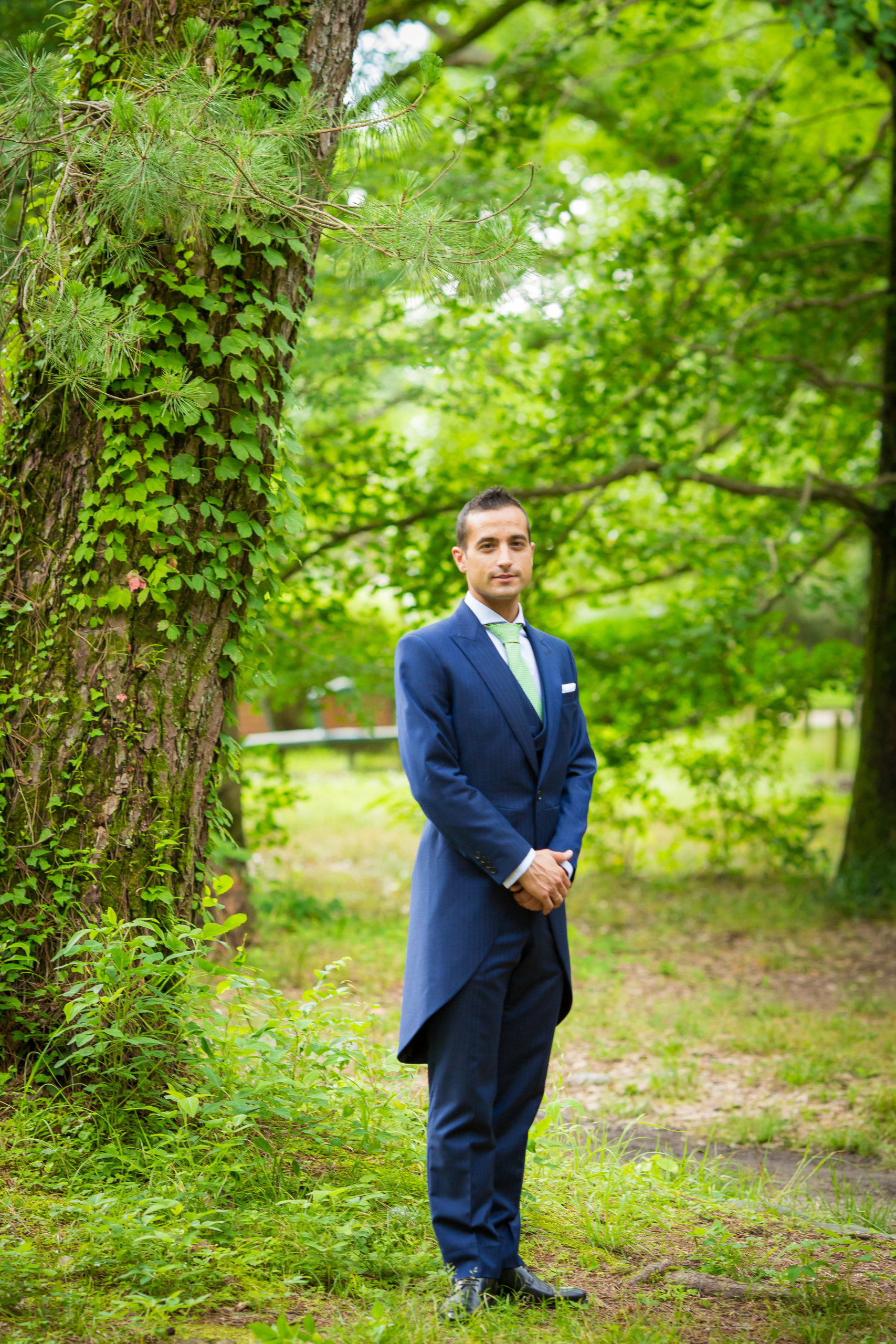 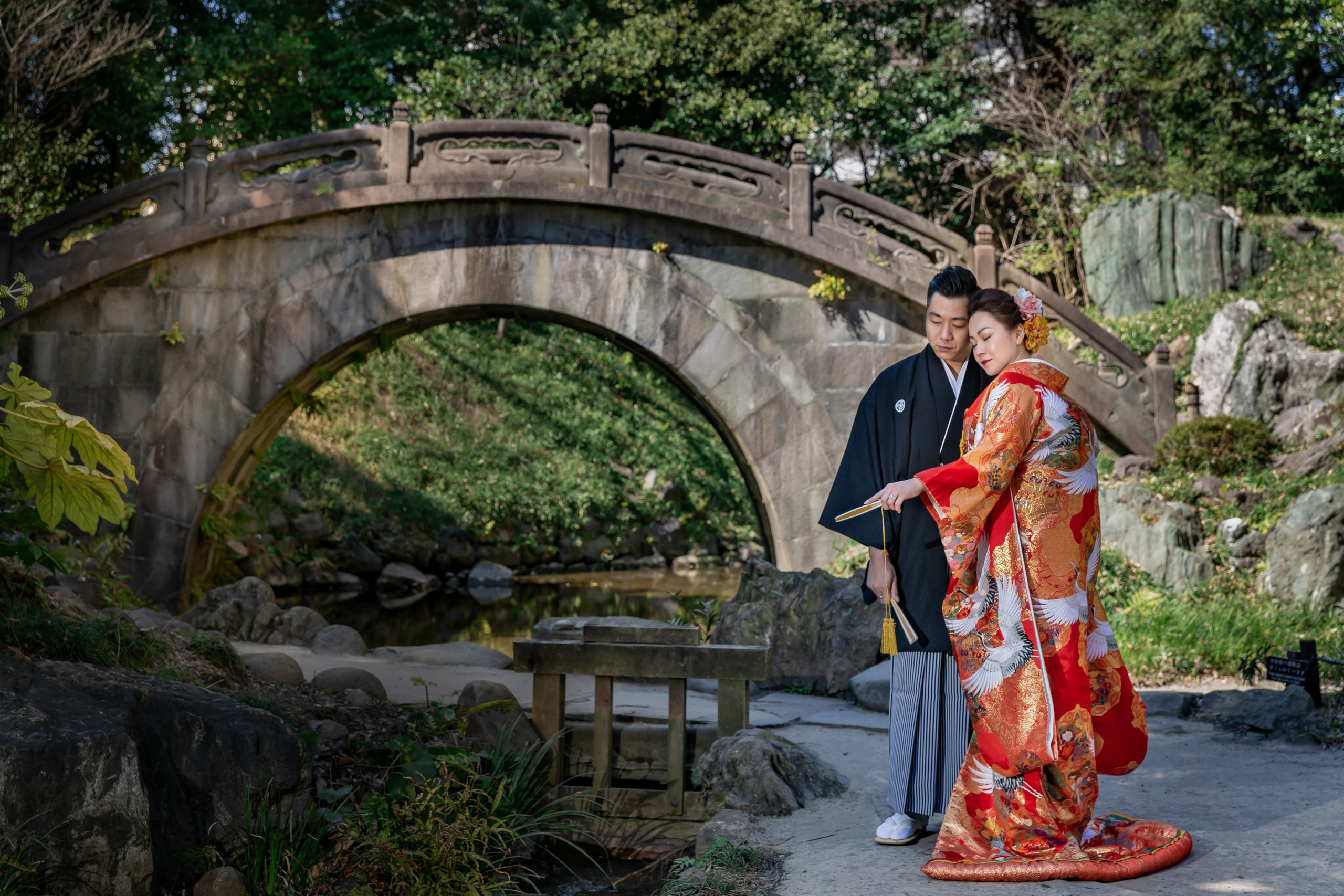 Photo taken by Mayumi in Tokyo

Other than weddings, the tea ceremony is one of the arts wear men tend to wear kimono, but usually just for the actual ceremony.
Some will attend Tea Ceremony classes in kimono for the practice of performing in them. Kimono are also worn by many traditional entertainers.

We often receive questions for why is there only black formal Kimono for man.
The reason being black is considered the most formal and quiet colour.

Kimono such as the Iromontsuki (色紋付): “Colored clothing with family crest.” Non-black semi-formal silk kimono for men, with one, three or five family crests. 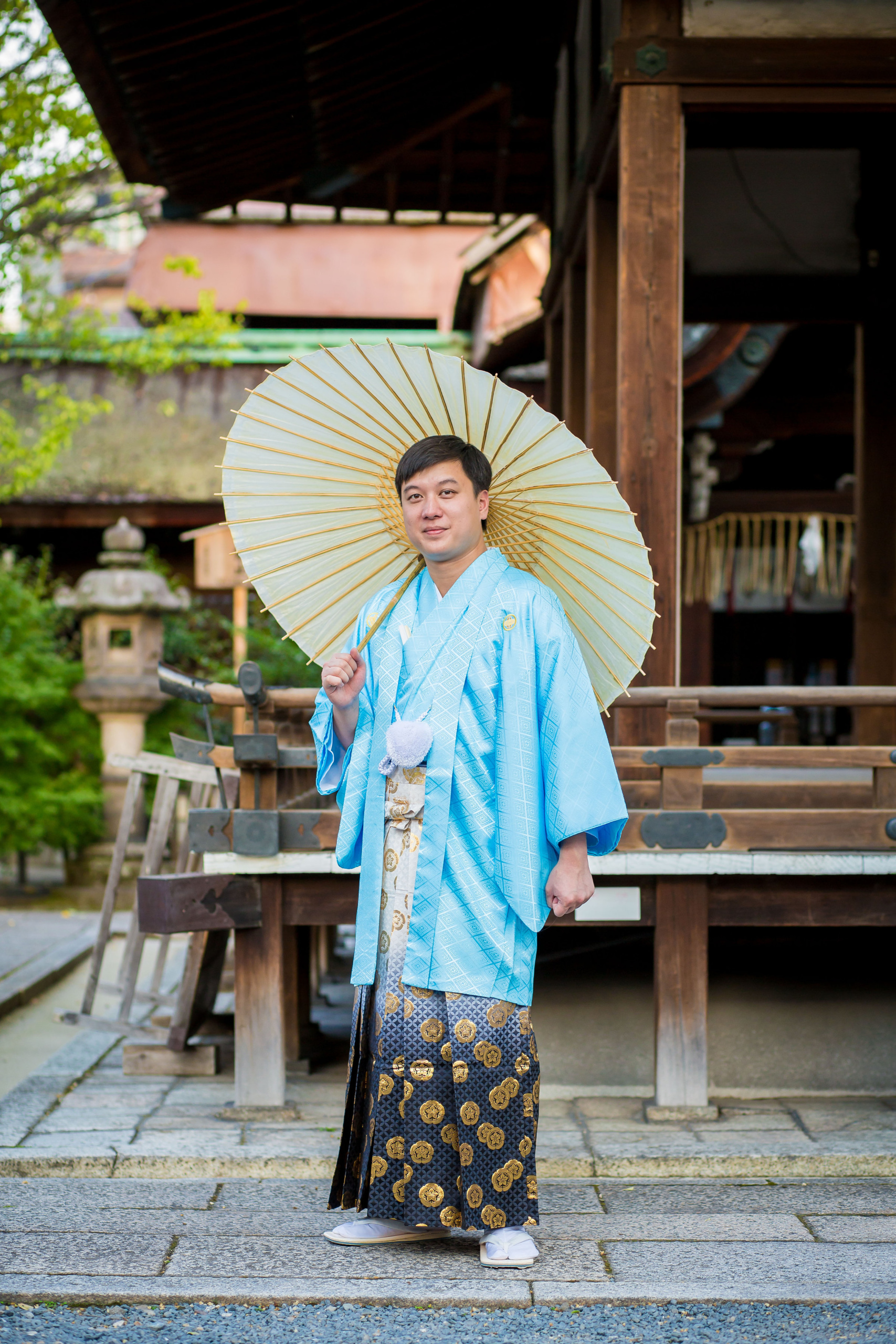 Photo taken by Satoshi in Kyoto

It is recognised as formal and has many colour and patterns.

But generally, for the public, Iromutsuki is unique but not traditional, therefore not suitable for wedding shoot.
This is somehow similar to wedding tuxedo whereby grooms seldom wear bright colour such as yellow or red tuxedo.

After reading have you make up your mind on which Kimono to wear?

If you have, you are ready to book the pre-wedding shoot!

For more information on Kimono, feel free to talk to our concierge!